Consumer’s Attitude and Perception on the Consumption of Milk 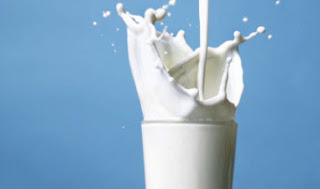 Consumer has various attitude and perception on the consumption of milk. Milk contributes significant amounts of nutrition to the diet because all nutrients found abundantly in milk are good for health concern people.

Regarding the consumer’s attitude and perception on the consumption of milk, it appears that the behaviour is influenced by many factors. Jane Lu Hsu and Yu-Tso Lin, (2006) examined the consumption patterns of fresh milk, yogurt drinks, and flavoured milk along with other product attributes that consumers perceived. They found that, the taste and flavour of fluid milk products are the value attributes and consumers who purchase more fresh milk products pay more attention to the fat content, calcium content, and whether the products have the certified labels. For yogurt drink, consumers value overall beneficial bacterium attributes of the products. Thus, a common attitude and perception are the taste, flavor and the nutrition fact of the milk. And based on the research finding, consumers who purchase larger quantities of milk are from higher household incomes.

Mitsostergios and Skiadas (1994) conducted two studies in Chania in order to identify consumers’ attitudes and perceptions to fresh pasteurized milk. Mitsostergios and Skiadas were using two type of survey that consists of sets of questionnaires. Qualitative research interviews were made in order to find out about reasons for consuming fresh pasteurized milk and to assess the conscious or unconscious motivation. Quantitative research was guided by the qualitative research in order to find out about the attitudes and perceptions towards milk and the brand promotion.

In Mitsostergios and Skiadas first research, the interviews were conducted to 10 people in the municipality of Chania and six of the respondents were married and females. For their second research, 150 respondents were administered in a random sampling and 62.67 per cent of the sample was married and females. The results indicated that both research fit the data that decision making and the buying of milk were made mostly by female/wife. Most of the respondents preferred fresh pasteurized whole milk because it has a better taste and odour, healthy and nutritious.  Respondents feel secure buying branded milk because it provide them safety and more healthy than no-branded milk. The study revealed that the consumption of milk and purchasing behavior are mainly females as they was the decision maker regarding the household shopping.

Packaging design can become a critical tool in influencing consumer choice. Lynsey Hollywood, Laura Wells, Gillian Armstrong and Heather Farley (2013) conducted a study on consumer attitudes towards packaging design as a tactical strategy for increasing the commercial value of liquid milk within the dairy industry. The basic function of packaging is to “preserve product integrity” by protecting the actual food product against potential damage from “climatic, bacteriological and transit hazards” (Stewart, 1995). In a qualitative research design, 33 participants and data were analyzed. Findings were categorized based on the form, function and appearance of packaging design. Results revealed that the majority of respondent prefer larger pack sizes, resealing cap, and attractive appearance as it was more convenient and easier to search by imagining the brand and colour.

The study reveals that the majority of households prefer the taste and flavour of fluid milk products and consumers pay more attention to the nutrition contain in the milk. Moreover, the supermarket is the place where most respondents prefer to buy milk. The consumption of milk and purchasing behavior are mainly from females. Advertising campaign could be concentrating on the benefits in order to widen their market opportunities because respondents feel secure buying branded milk than no-branded milk. The packaging also should be convenient and easy for consumer.

This blog is made for UTM Space 2015 students